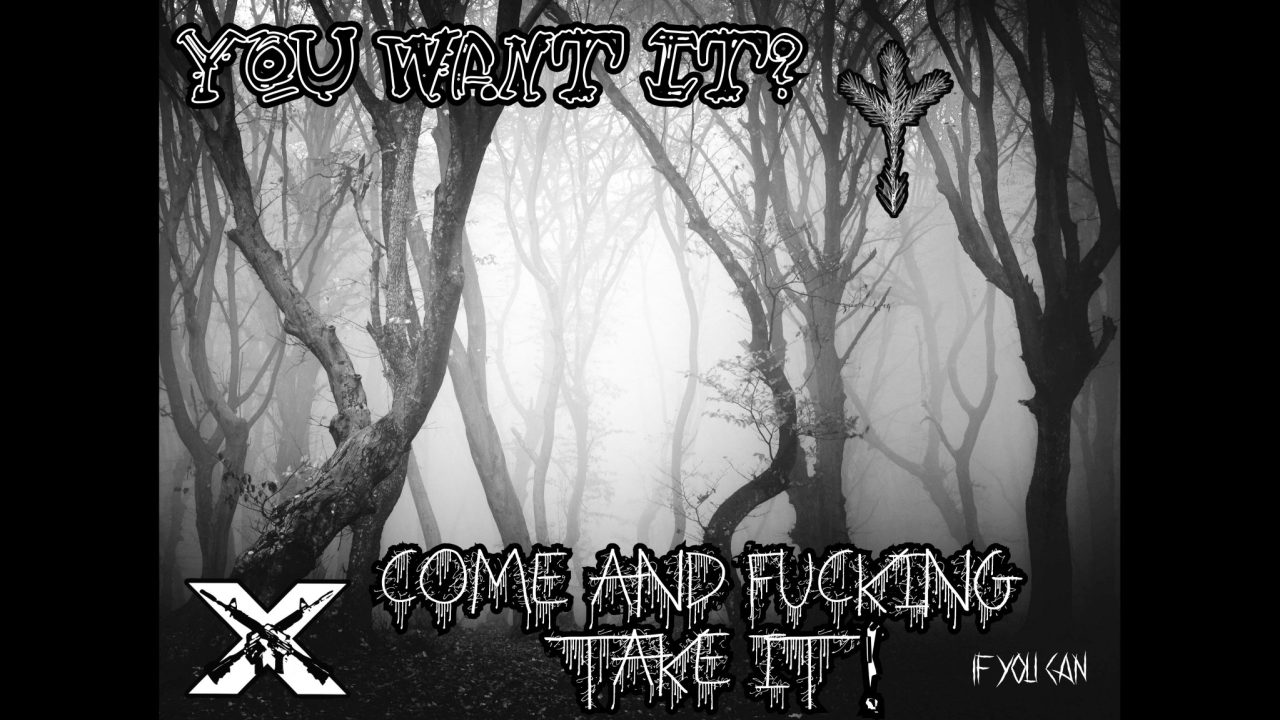 Antlers covered in the blood of another
Who thought they could just slaughter
In this holy place the beast and their own
Have always known to be home,
Entrails decorating sharpened bone like a crown,
Hooves trudging through the blood
That drips upon the ground,
Eager to bring back another trophy
So it could be mounted on the wall,
But now their insides are mounted
Upon a cervid’s head, the would-be killer forced to crawl…

Teeth clasp around the throat,
On the blood, the bastard chokes,
Several pairs of jaws from the pack
Dismembering while the trespasser’s on their back
Claws digging through the chest
As the fucker’s laid to rest,
Spilling guts while they eat,
Life’s liquid leaves the body and slowly depletes,
Dirt stained red,
A potential killer dead,
Jugular is leaking,
Blood junkie no longer fiending…

Beaks peck at the sockets
Of a scumbag with shells
Nestled in their pockets,
Slumped up against a trunk
With the roots growing ‘round their ankles,
Body long since having long been slumped,
Food for the little ones that nibble at the flesh,
Delighted to have food so fresh,
Flora and fauna nourished by the dripping crimson,
Having foiled another scumbag’s mission,
Branches and bark having made their incisions,
And those who don’t partake
Gaze on appreciatively, for this specimen that tried to
Walk among them was never, to them, ever great…